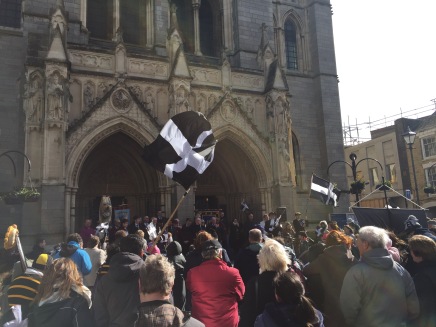 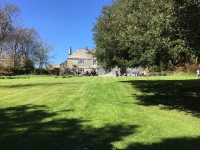 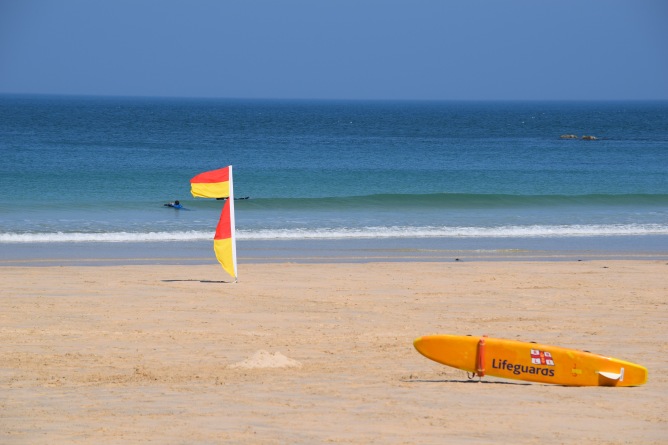 St Ives beckoned today. Epic weather so what else are you going to do? When we belted down the A30 from Truro the Saturday holiday changeover traffic was all coming the other way which was a relief. We planned to catch the two carriage train from St Erth which if you’ve never done it is well worth the detour. You can park there and take the little train around the coast and into St Ives which is a beautiful route and avoids the PARKING mania that is St Ives. We were running a bit late for the train option so headed straight for the park and ride up at the top of the town (via Tesco to grab a picnic, bread and cheese etc). Picked a space where it would be impossible for anyone to open their door on the car (there’s a big slope so these things must be considered by us middle-aged dads) so feeling chuffed with that I loitered while Claire went off to fathom out how on earth you give the council your parking money. Standing by the car I spotted a blooming great nail in my tyre which made my day! But, on the plus side the tyre hadn’t gone flat so our mission was unhindered. 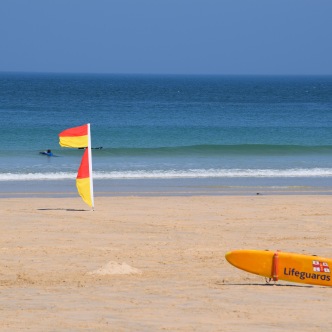 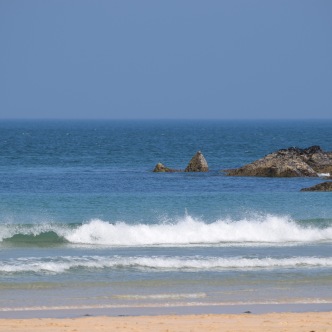 Parked up we took the bus down to town to save the kids’ legs and hopefully avoid later problems! The bus drops you in the square and from there we made a beeline for Porthmeor Beach. The wind today was a brisk Easterly so blowing right in on the harbour (if I’d had my kite kit it looked pretty good – but I didn’t – we were doing family stuff!). Offshore and sheltered at Porthmeor it was noticeably warmer. The beach and sea today were stunning. The cliché people like to trot out is that “you could be anywhere in the world!” yes, you could be, but you aren’t. You’re in Cornwall and this is what it’s like, (some of the time). There are other places with sun, sea, sand etc but in Blighty we like to believe that it’s never quite as good as some of those other places. We are therefore surprised every time that we re-learn that it is just as good or even better. It’s like being abroad but you understand the language and your money works.  …And you haven’t fought for a seat on a Queasy Jet flight, lost your baggage, endured a 2 hour sweaty transfer stopping every 30 yards and, you haven’t arrived at accommodation we’d be ashamed to incarcerate our criminals in. It’s very much a win, win, win, win, win, win. 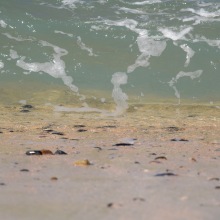 The children just loved it on Porthmeor today. With a rising tide they worked hard to build sand castles with moats for the sea to wash into and they enjoyed constructing sea defences which were every bit as functional as the ones at Dawlish! We ate our picnic and shielded our food from the gulls who made a few trial low passes but soon sussed we are local and don’t share food. After lunch Tom joined a new buddy and his family for a bit of French Cricket which he loved and Katie was happy splashing in the tide pool where the large flat expanse of low tide sand meets the steep bank towards the back of the beach. We paddled in the sea together which is still wetsuit cold but there were a few brave folk in there swimming!? Most people had wetsuits though. 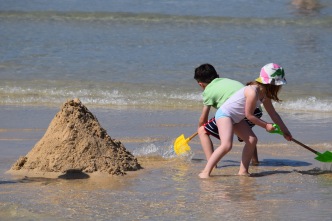 Gradually through the day the beach filled up with families and sun worshippers. We amused ourselves keeping an eye on all the different people and had a giggle at the expense of one poor lady who was completely oblivious to her double wardrobe malfunction! Or, perhaps was just not really giving a monkey’s as is ‘Normal for Cornwall’.

Or, perhaps was just not really giving a monkey’s as is ‘Normal for Cornwall’.

We were thinking things couldn’t really get more idyllic when there was a bit of a commotion from the road above and the most amazing band appeared over the wall. For no apparent reason they launched into The Muppets’ theme tune, blasted out on various instruments including those great big winding tubas which I think might be called a sousaphone (thanks Google). I managed to film their next tune which if I remember right was in the Pulp Fiction soundtrack?

One of those surreal happenings a bit like a flash mob that just makes you smile. Shear joy, how much fun can you have just hanging out at the beach. Amazing! They had a good little crowd enthralled and a lady (in blue running through the video) had a word with the drummer so after this tune when they’d had a little break they went over to an unsuspecting mum and pelted out happy birthday which resulted in applause from the whole beach. Just so good. 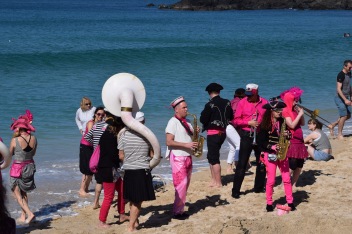 When we’d done the beach and caught too much sun we headed back into the town (which caused a bit of fuss as Tom would have happily stayed all day and night given the chance).

We mooched in shops, bought an enormous cake from the bakers who pile everything they’ve made in the window including a MASSIVE MOUNTAIN OF MERINGUES which always make your mouth water every time you see them. Then we wandered down to the harbour and had ice creams in The Moomaid of Zennor who make lovely ice cream. We ate it inside as the harbour was cool and windy. So delicious, I had orange and mascarpone while the others licked mint chocolate chip waffle cones, yum-diddly.

Just a bit of time left for a quick explore through the back streets of St Ives before catching the bus back to the car. 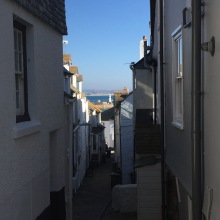 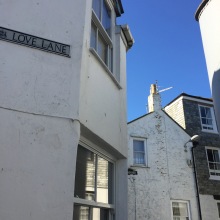 You can always see what’s going on down in St Ives thanks to the webcams that Aspects Holidays have in the harbour and at Porthmeor Aspects Porthmeor Webcam If you are thinking of a last minute stay there, they have some great deals on their website. Aspects Holidays

One thought on “Normal for Cornwall”

A Corner of Cornwall

“Tell me, what is it you plan to do with your one wild and precious life?” Mary Oliver