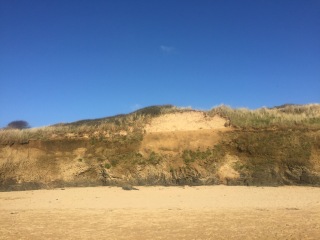 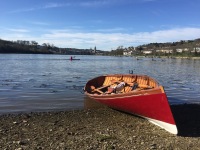 New Years Day is a great time to restart good intentions and declare a plan, make a resolution or three and try to carry them out. It’s also one of those days with family when the excesses of the season need to be walked off. Where better in the world than Portloe to walk and remember why I started this blog in the first place. The reasons originally were to share some photos of the things we take for granted and to introduce people to the Cornish land and seascapes if they’d never seen them. Also to give people ideas of places to explore and to pass on a taste of our experiences living in the county.

My New Year’s resolution is to make an effort to keep doing this blog which I’ve been a bit slack with over the past year. That and to do a bit of painting again! (…and exercise more …and lose weight of course!)

The last time I visited Portloe (which is actually one of the closest coastal villages to my house) was back in the days B.C. (before children) when Claire and I used to spoil ourselves with short stays in posh hotels! We stayed at The Lugger in Portloe for a night and had a superb dinner with too much to drink! It was lovely to return today 10 or so years later, older and arguably (a bit) wiser to look again and see what’s there. We parked in the public car park in the village and walked down to the sheltered little inlet where a couple of open day boats are winched clear of the water onto a concrete slip. There are lobster pots here and there in neat stacks that look like they’ve been placed for the tourist charm but are really the tools of the trade for some very hardy local lobster and crab fishermen who work from the little harbour year round.

The slip is littered with crab claws and star fish, spare bits from the lobster pots discarded by the fishermen. We looked around the harbour and there’s an intriguing tunnel which is visible through a locked barred gate and appears to go right though the cliff. Whatever the purpose I’ve decided its for smugglers and pirates. You can see light at the other end and what looks like a door out to the sea! We took the path up out of the harbour and around the cliff in the direction of Nare Head and Portscatho  meeting energetic walkers as we puffed our way up the hill and around the cliff panting out “Happy New Year” as we passed.

What’s great about these cliff walks is the element of surprise as you round a bend to be greeted by an epic view and it’s not just that you see sea. It’s the height, the scale, the lack of a fence between you and the 100ft drop of certain doom. Today was grey and the wind was light and although the colours were subdued winter tones of the first day of January, the more you looked the more you saw. 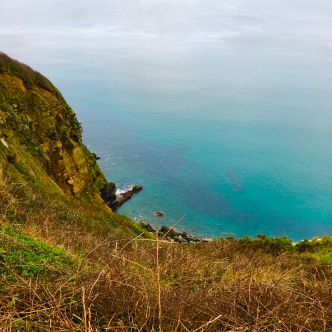 There were plenty of flowers including fierce yellow gorse and electric pink campions but the show stealer has to be the deep green of the sea at the base of the cliffs. In the shadow of the headlands the water is deep and clear and veridian green.

As we made our way along the coast path we stopped for a while to watch a small bird of prey (possibly a kestrel?) and then heard voices in the distance. We looked down across the bay and could just make out a naked person coming out of the water from a New Years skinny dip egged on by friends. It was like a scene from a period drama, which was funny really as we walked a bit further and stumbled upon the house from The Camomile Lawn which is evidently a B&B. Broom Parc is the house and is a grand property standing completely alone facing the ocean. I never watched the TV series but see it’s on Youtube so will have a go some time now I’ve seen where its set. 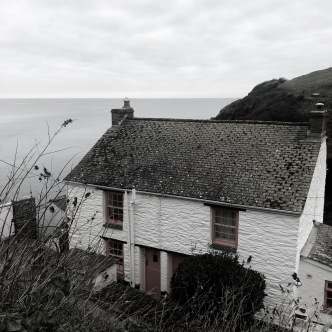 From Broom Parc we took the footpath inland and followed the lane back to Portloe which is a much shorter route than the cliff path. We were an hour too late to grab a drink at The Ship (which had closed at 3pm for New Years Day) but admired their specials board for tomorrow which charmingly states that “tomorrow’s menu is still in the sea”. 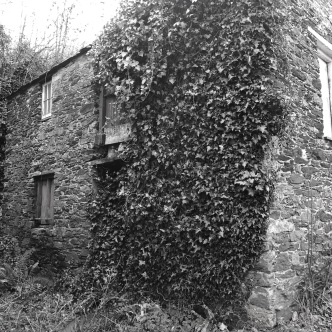 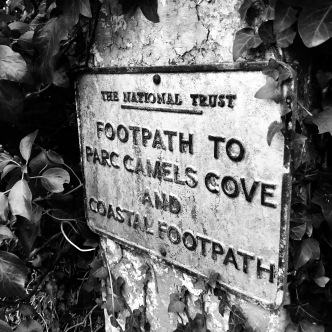